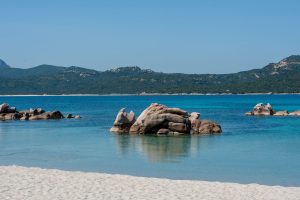 An hour’s drive from Limbara Dreaming, towards Olbia, it is easy to reach a place that in the collective imagination corresponds to a real paradise on earth: the Costa Smeralda! Transparent and crystalline sea equal to the tropical panoramas of postcards, suggestive corners with bays, inlets and promontories of a coast unique in the world, this Paradise extends for 55 km from the Municipality of Arzachena in the locality and Porto Cervo up to the Gulf of Cugnana in the municipality of Olbia, with a succession of corners one more beautiful than the other, it is worth remembering: Liscia Ruja, Liscia di Vacca, Romazzino, Capriccioli, La Spiaggia del Principe, La Celvia, the Piccolo and Grande Pevero, all with unique colors, backdrops transparent, equipped for any eventuality, full of every accommodation facility, commercial activities and elegant restaurants.

The clarity of the sea, the variety of shapes, colors and landscapes make the Costa Smeralda one of the most evocative places in the world. Fifty km of unique beaches, bathed by an indescribable sea, tourist villages built in a Mediterranean style, with the use of local materials such as granite and juniper, make this area of Northern Sardinia an essential destination for those visiting our island. Until the end of the 1950s, peasant families residing in the area frequented the beaches during the summer, reaching them with ox carts on which they loaded the necessary for picnics.

Until in the 1960s, Prince Karim Aga Kham fell in love with this wild and fascinating land and bought the land together with some Italian fmanciers. Land until then used as pasture, whose owners agreed to sell to the gentlemen willing to pay several million, but who actually had a very ambitious project. The project was to create a unique appeal in the center of the Mediterranean with the magic of the cobalt sea and uncontaminated nature, thus the driving force for tourism on the island was born. Every year, thousands of tourists arrive eager to admire the breathtaking views, the sunsets over the sea, and bathe in the crystal clear waters they dream of.

But also to attend, even if only briefly, the famous clubs of worldliness, often frequented by VIPs and celebrities.
Of all the attractions of the Costa Smeralda, the main one is still her, nature with its colors, its shapes, the evocative views of the jagged coast with bays and deep inlets, natural fjords such as Porto Cervo and Poltu Quatu, formed by the lowering of the river valleys invaded by the sea.

The Costa Smeralda offers a unique setting for sailing enthusiasts, but golf and tennis also attract lovers from all over the world, while hotels and refined holiday homes are always a fixed destination for illustrious names in finance and entertainment. Among paths of junipers bent by the wind, delighted by Mediterranean scents, you can reach blue corners that are difficult to describe, with white sand, sea lilies that sprout almost everywhere and blue backdrops with patches of posidonia. 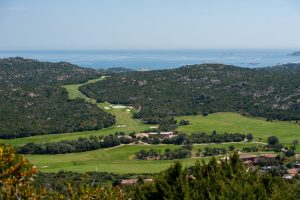 The beating heart and first settlement of the coast is Porto Cervo, built by a team of international architects according to the architectural modules of the neo-Mediterranean style, with curves and pastel colors, a set of styles drawn from various cultures, with games of labyrinths, and alleys. One of the largest and best equipped marinas in the Mediterranean with 700 berths, and the headquarters of the Costa Smeralda Yacht Club founded in 1967 by the Arab Prince. One of the most beautiful beaches is named after him, his favorite, “La Spiaggia del Principe”, open to all and reachable with a short walk, a surprising scenery of unforgettable colors, as well as the rare beauty of the land he fell in love with, which generates the same feelings in the hearts of all visitors, bewitched by so much wonder and hospitality!

You can find out more about which cookies we are using or switch them off in settings.

This website uses cookies so that we can provide you with the best user experience possible. Cookie information is stored in your browser and performs functions such as recognising you when you return to our website and helping our team to understand which sections of the website you find most interesting and useful.

Strictly Necessary Cookie should be enabled at all times so that we can save your preferences for cookie settings.

If you disable this cookie, we will not be able to save your preferences. This means that every time you visit this website you will need to enable or disable cookies again.

This website uses Google Analytics to collect anonymous information such as the number of visitors to the site, and the most popular pages.

Please enable Strictly Necessary Cookies first so that we can save your preferences!